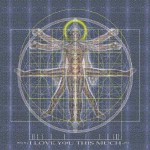 Joined:
9 years ago
8 most recent arguments.
View All

The United States and it's not even close, http://en.wikipedia.org/wiki/List_of_countries_by_military_expenditures

Yeah, it's not as bad a some of the other legal drugs out right now.

Somewhere in the middle, leaning slightly more towards crunchy.

Christianity: One woman's lie about having an affair that got seriously out of hand.

Good luck getting by the largest and most powerful Airforce and Navy in the world.

I'm guessing this is comparing China and the USA militarily. Well the $500 billion the USA spends on military per year as compared to China's $59 billion says it all.

What if all people were homosexual? The human race would cease to exist.

Many scientists believe that ghosts are fake, but parapsychologists believe ghosts are real. Spirits are electromagnetic fields. Brain waves can make people see and hear many things. Electromagnetic waves can affect the nervous system. This can cause somebody to hallucinate. The eye can act as a TV screen. Instead of the person taking in images, they are transmitted out.

Another explanation for "ghost sightings" may be that the mind is just trying to "let off a little steam." NASA has shown that the human eyeball has a resonant frequency. There are eighteen cycles a second. The eyeball starts to vibrate in response to infra-sound. This causes a serious smearing of vision. In at least two hauntings low frequency sound may to blame.

People can put, fake ghosts in their pictures. By using a flashlight, a cigarette, a flash pack, and a camera, a person can create the effect of a mysterious light. Turn on the flashlight and walk toward the camera. When you are four to five feet from the camera, turn off the flashlight and light a cigarette. Have a friend set off a flash using the flash pack. Snap the shutter of the camera closed. This will result in a picture with mysterious lights in the background.

View All
INCuRZioN has not yet created any debates.