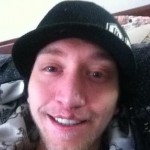 Did you know that your white blood cells produce hydrogen peroxide to kill bacteria in the blood stream? If not, further research on your part may help your inconceivable nature.

Sure free speech for all. That doesn't constitute orthodox belief in the subject among all the subjects that lie therein subject to that belief system.

Life starts at conception and birth is the start of a specific species life. The being inside the body is unfortunately defined as a parasite (http://dictionary.reference.com/browse/parasite). After birth, it is defined as a creature of its own species (http://dictionary.reference.com/browse/ species). Therefore, the life of a human does not commence until after birth however; the parasitic nature of an unborn child does not exclude it from being classified as alive.

Specifics are the deducing factor of life, friend. Glad you were able to hold some ground here.

I disagree... In mathematics, negatives are a widely used function in plot graphing. If you have a basement for example. It is a negative component of your house

What i'm saying is just because you say "we" doesn't mean that the whole world agrees that there is no such thing as an atom. Especially when there is enough information and research conducted in easy to reach places for anyone to look at; which of course says the opposite of what you do.

I reject your statement with this note.

Apes are their own species inside the hominidae family. We did not evolve from apes we evolved from a different species that grandfathered the current primate species that we have today. Humans did not evolve from apes. Apes being the key word there. we descended from an ancient being that would classify as a member of the hominidae family. However, apes are a separate evolutionary track then human. The differences between human and ape are huge as well as their similarities.

Maybe you dont... doesn't mean the rest of us are as ignorant.

Unless you are ready to say the atom has a consciousness all its own. which would make it even more a god or the god..

because as far as I can tell the atom is life less. However it can make life happen when special conditions are met. It takes the inanimate to make the animate.

Humans are a different species from apes. We are classified as coming from a relative family. We may have had a common ancestor but under your reasoning we are the same species as a bacteria. Science has deduced the earliest life to single celled organisms that do indeed follow the pattern you describe but let me tell you. We did not evolve from apes. You just spewed to me a lot of mumbo jumbo that makes no sense to the debated question. DID HUMANS EVOLVE FROM APES?

now... did we evolve from an earlier ancestor that was a different species then?... and is what we see a strong relationship tree between us, apes and other mammalian apelikes? (baboon for example)

if yes, then we did not evolve from apes.

The meaning of life.

Is a fetus a human existence or is it a fetal existence?
Winning Position: Human

Is this song fit to play to the public?
Winning Position: Unresolved

Do games permote violence or self defence?
Winning Position: Self-Defence

When is it acceptable to kill another human being?
Winning Position: Well, when...

Do you believe global warming is a real problem? Why?
Winning Position: I believe it's real

After seeing this video can you still respect a cop?
Winning Position: I'm having second thoughts


"If you haven't made any enemies you haven't stood up for anything in your life. is the motto"