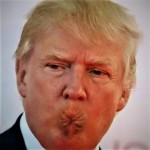 I don't believe that the human psyche is naturally vicious. In fact, many studies show that human infants are naturally altruistic, investigative, and creative. Viciousness seems to be learned.

This person was born in the UK ... or can you not read?

Why are you so stupid?

Nothing - no amount; nought; not anything.

Existence - all that exists; a state of objective reality/realness

The two are incompatible. Nothing is the absence of existence. Thus, "nothing" cannot exist.

America invaded the middle east and killed hundreds of thousands to millions of the citizens there. Why do you think terrorists happen to cite the conflict in the middle east as their motivation for violence?? lol.

America has EVERYTHING to do with it.

See there is a culture and belief among the older generation that the media is unbiased and gives information that is factual and in their interest. For a long time, that might have been largely accurate as regards to some of the independent newspapers (though the BBC was also quite unbiased in many ways, empirical expansion was glossed over and hidden by them).

But really, the older generations are out of touch with the way the world is. Nostalgia for the past, the belief that Britain is still powerful and empirical, that the world will follow its demands. It is pipe-dreams.

The truth of it is, Brexit will be the final nail in the coffin of the "Empire", and those who voted for it will (hopefully) spend their last years ruing the choice.

This warms my heart. I genuinely wish that this could be so. But I believe it will not be possible until we agree on the simple virtues of peace, fairness, and the right of all humans to live securely and safely, none at the expense of others.

Where power lies, is where the desire to perpetuate imbalance usually lies.

It wasn't really a majority. About a third of people eligible to vote, voted to leave. A good number of those, when polled about why they voted so, stated that they had seen advertisements that stated that there would be an extra £350 million per week available to the NHS if the UK left. This, of course, turned out not to be true. And as a result, many who voted to leave, when asked more recently, would now vote to remain.

Also taking into account the number of retirees who voted, many of whom have since died, and the younger people who have now come of age to vote (who would overwhelmingly vote remain), then it cuts that number even further. The people most likely to vote to leave were the older generation, while younger people (to whom the future belongs) overwhelmingly voted to remain.

There is also the issue of what that vote actually meant. Many of those who voted to leave, did not actually know what that would entail. We now know that it entails a great many things that the vast majority of this country are against: the potential repeal of the European Human Rights Act; an attack on worker's rights; no more visa-free travel to mainland European countries; a potential manned border between the Republic of Ireland and Northern Ireland; the removal of tuition fee caps etc etc etc.

I can tell you in no uncertain terms that the UK leaving the EU is going to create a negative environment for almost everyone, except the very wealthy people who promoted it by lying (many of whom have since moved their businesses to tax havens outside of Britain where they won't pay UK taxes; one of the disadvantages of Brexit is likely to be further tax loopholes for such people. Yet, they are the same ones who, throughout the campaign to leave, blamed immigrants and those on welfare for messing up the country's economy, when in fact, most lost revenue comes from tax avoidance).

First photo is fake. The quotes are mostly Guido Fawkes talking absolute shite with no basis in fact. The statistic about Jews is absolute bollox parroted by the right wing friends of the UK Chief Rabbi (who is known to be a right wing friend of right wing politicians in the UK, who happened to be running for election right around the same time).

But actually the United European Jews executive board sent an open letter to Jeremy Corbyn giving him their full support.

You are parroting bullshit.

Actually it does have physical presence: neurons fire between synapses through the use of electrically charged neurotransmission compounds, and the signals are sent as electrical energy to other parts of the solid matter of the brain.

15 days ago
Support Dispute Clarify Jump to Debate→
View All