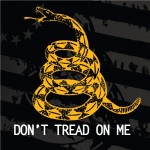 Yesterday, the Boy Scouts of America voted on a resolution to allow openly gay boys to join the scouts, finally ending a decade long battle between liberal groups and religious organizations via the scouts. It was a close vote, with 60% voting yes. Many troops and scouting organizations are against the resolution. They did not change their policy on adult leaders though. Do you agree with the resolution, making the Boy Scouts more accepting, or not due to the Scouts christian ties and violation of the scouts oath of being "morally straight"?

I am an Eagle Scout, and I loved scouting. I just don't know what to make of this though.