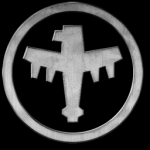 Thinking about it we probably are one of the harsher species of animal, but you don't have to listen to me, debate your perspectives on the matter if you will.