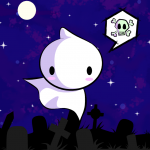 2. The Second Law of Thermodynamics states that things become more disorderly over time, while evolution requires for things to become more orderly (for simple life forms to evolve into more complex life forms)

4. Fossils of advanced invertebrates appeared out of the blue in the Cambrian Age, as though they were placed there (created!) rather than evolved from simpler life forms

5. There is no fossil evidence showing the gradual evolution of one species to another; the currently discovered fossils used to support evolution are only tiny fragments that give almost no useful information

6. The First Law of Thermodynamics states that energy cannot be created or destroyed, yet the big bang theory requires that something (the universe) came out of nothing (pre-big-bang state)

7. The Law of Biogenesis states that only living matter produces living matter, hence life cannot have evolved from non-organic matter, as a theory of the origin of life based on evolution would require

8. Scientific dating methods are inaccurate. Radiocarbon dating requires knowledge of the ratio of carbon isotopes in the atmosphere, but that changes over time, hence scientists do not have this knowledge

Don't bash me, I'm not a creationist >.< I just want to hear what people - especially people more knowledgeable in science than me, which would be a lot of people - have to say about these arguments.