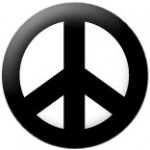 I'm afraid he actually got it right - see my working below for proof. Let me know if I've made any mistakes - but as an A level Further Maths student I'm going to arrogantly suppose I haven't. ; )

Check by substituting x and y values into both original equations:

Sorry for repeating if anyone beat me to it.

Some people are gay – deal with it. Whenever I come across homophobia a little of the small amount of faith I have left in humanity dies. Why should you care what two consenting adults get up to in the privacy of their own bedroom?

With regards to the common homophobic argument:

“The purpose of sex is to reproduce”

Does this mean you do not accept the use of contraception? That you believe that those who are infertile must remain virginal and that you must only have sex with the prospective mother/father of your child? Of course reproduction is one possible purpose of sex, but it is by no means the only possible purpose. Sexual oppression (deprivation of sexual pleasure) is a cause of later sexual deviancy and mental instability – just ask Freud.

Furthermore, who has decided that the purpose of sex is reproduction? You cannot argue that it is nature’s purpose, because nature has also made sex pleasurable – there is no reason to assume that nature does not also promote sex on the basis that it is psychologically beneficiary. As for God’s purpose – why should we accept God if he is willing to damn perfectly good people to Hell on the basis of their sexual orientation? This isn’t a God I am remotely interested in worshipping, and quite frankly I will actively disobey and despise him. Finally – we have no reason as human beings to impose a purpose on sex; why should we limit sex to an act of simple reproduction? No one is forcing you to have sex for pleasure, but let other people have sex without troubling them - whether heterosexual or homosexual.

The essence of Hayek's argument is simply: "We do not understand the system of economics in all its totality and so we should leave it alone". If scientists behaved as Hayek wishes economists to behave then we wouldn't have gotten very far - we do not understand or indeed know all physical laws and yet we were able to land a man on the moon - in the same way, we do not know all economic laws but we are still able to stimulate growth, alleviate poverty and increase employment.

A government has democratic legitimacy and can be held accountable for their failures at an election, whereas the business owners who would have free reign in an unregulated economy have almost no accountability and certainly do not represent your interests. Therefore, a government is a massively preferable manager.

I don't think there can be any argument that when Governments mishandle the economy the results are disastrous, but in order to prove that Government should never intervene with the markets you must demonstrate that regulation is always to the detriment of the economy - and this is something I don't think can be done.

With regards to the New Deal (which you accuse of prolonging the Depression) it was only when Roosevelt relaxed Federal intervention under pressure from the Supreme Court in July/June 1938 that unemployment began to rise again; until then unemployment had been falling and the standard of living rising. This is clear evidence that government regulation can serve to strengthen an economy - without the CCC, WPA, PWA, TVA etc... many more people would have been scavenging on rubbish heaps for food and queuing for the dole.

The most compelling case for government regulation was given by Marx, who demonstrated that capitalism is self destructive and invariably leads to crises. In the simplest possible terms:

To focus on the areas outlined in the introduction:

1. Businesses and farms should have limits on production. Overproduction was a major long term weakness in the 1920s US economy which drove crop prices down and resulted in unprecedented rural poverty. If companies had planned production cooperatively (through a governing body... a.k.a. a government) then this could have been avoided.

2. For obvious reasons shown above, businessmen cannot sustainably exploit the workers because, in reducing the workers' spending power through low wages, they are depleting their market and sewing the seeds of their own bankruptcy (basic Keynesian economics).

3. It is important to note that Marx envisaged a "global communist community" which would include planned trade between countries - there would be no need for import tariffs. However, in the absence of such a community I would argue that tariffs are necessary to protect local businesses and reduce the incentive to outsource labour. Local businesses protected in this way are more likely to provide higher wages, and so keep more money circulating in the local economy - the Keynesian cycle continues.

4. The availability of credit should be kept balanced. The Wall St Crash and the 2008 financial crisis both arose largely in part due to credit. Enough credit should be available to encourage spending, but not to the extent that it cannot be paid back. In order to maintain this balance, governments need to strictly regulate banks (nationalising them seems a sensible option to me).

There can be little doubt that technological advancements do, regrettably, arise from war. However, "progress" to me denotes more than simply mankind's ability to kill each other more efficiently - or see in the dark - or land a man on the moon. Social progress (the progress we ought to be striving for) is nearly always set back by war. Poverty, hunger, disease, crime and joblessness all arise as a result of war in the vast majority of cases - as well as a terrible body count. There is no need to develop faster computers if there are too few and too poor people to use them.

Just to interject - the Bible wasn't written by God. The Old testament was written by Moses among others over a period of about 300 years. Not to be patronising, but the Egyptians were around before Moses (indeed, I believe Moses was well acquainted with them...) and so the authors were perfectly knowledgeable of the approximate length of a year. You cannot defend a literal translation of Genesis 1 as a creation story on the basis that a day back then meant "1000 decades".


"An avid reader, athlete and socialite (or so I would like to believe) studying Mathematics, Further Mathematics, English Literature, History and Philosophy at College before heading to University. According to one online political compass I am more left-wing than Stalin and more liberal than Gandhi (which placed me as a Social Anarchist..) I lead a high school debating group, am involved in local politics and work in a small independant bookshop - an ideal life."